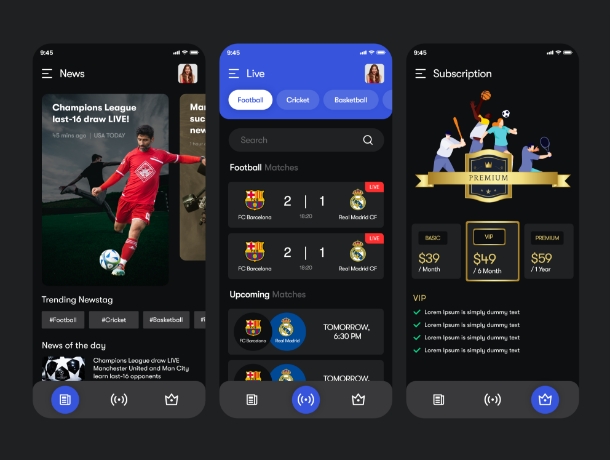 Fantasy sports has gained massive popularity around the globe rapidly. Among all the fantasy sports, fantasy football stands well above the rest. Football involves the passion and emotions that bring people together in unique ways. There are many new fantasy soccer apps in the market that allow you to play fantasy football and earn money.

How to get started playing Fantasy Football ?

you will need to select a match from the list of available matches. Once the match is selected, choose the contest/s you want to join. After entering a contest, make a formidable fantasy football team that you think could lead you to massive winnings. For a given contest, you can select a maximum of 6 teams.

A team is a combination of players from two playing sides on a given day. Select the best possible 11 players from a combination of Goal-Keeper (1), Defenders (3-5), Mid-Fielders (3-5), and Striker/s (1-3). After selecting the 11 players, you have to choose the captain and vice-captain for your team. The selected captain gets 2x points, while the vice-captain gets 1.5x points. You only have a total of 100 credits to select the 11 players for your fantasy football team.

The points are given according to the performance of the real players. Depending on the points, your team’s rank will be decided, and the rank will determine your winning amount. If you love playing on the best free fantasy football apps, then the Fantasy Game App is the right pick.